Central bank employs emergency measures to combat economic impact of COVID-19 pandemic. Effective tomorrow, 20 March, the official cash rate will be slashed to a new record low of 0.25%. The RBA has previously communicated that 0.25% is its floor; rather than moving to 0%, the central bank will likely look to other support measures moving forward. I imagine that the lenders will pass this on very quickly. #ratesdrop #cv19 #COVID19 #pandeic #2020 #mortgage #homeloan #investmen

The central bank has pulled its monetary policy lever for the fourth time in less than a year amid growing instability in domestic and global markets. The Reserve Bank of Australia (RBA) has lowered the official cash rate by 25 bps from 0.75 per cent to 0.5 per cent – marking the fourth cut since June 2019 when the easing cycle commenced. #cashrate #recordlows #mortgage #rates #homeloans #RBA #fallingrates #2020

Merry Christmas and a Happy New Year! The office will be closed from 5:00pm on Friday, 20 December 2019 and will reopen at 9:00am on Monday, 6 January 2020. #MerryChristmas #2019 #Xmas #HappyNewYear #Happyholidays #NYE #homeloan #homeloans #mortgage #office #holidays #backinJanuary #timeoff

The Reserve Bank of Australia (RBA) has just announced the December cash rate, acting in accordance with market expectations and holding at the current record low of 0.75%. #interestrates #2019 #mortgage #RBA #ratesonhold #homeloans

Interest rates in Australia have hit a new low after the RBA cut the cash rate to 0.75%. This is the third cut since June 2019. Experts warn it won’t stop there, with the financial markets pricing in a cash rate of 0.5% by early next year. While this is good news for any of us who have a mortgage, we will need to wait and see how the Lenders respond to the RBA rate cut. Will they pass on the full cut? Who will cut first? #2019 #mortgage #ratecut #RBA #Banks #Lenders #075 #bor

No move in housing rates

As widely expected, the nation’s official interest rate remains on hold at a historic low of 1.5 per cent. The rate has remained at this level since August 2016, when it was reduced from 1.75 per cent. Last month, the bank’s governor Philip Lowe suggested that rates were not about to drift upwards any time soon, amid concerns about poor wage growth and high levels of household debt. #interestrates #onhold #mortgage #15 #nochange 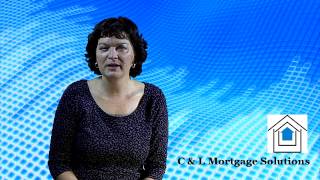 I did this video a number of years ago and it shows - technology has come so far so quickly. The message is still very on point though. Just noticed the email address in it is no longer valid...it is now clms@internode.on.net Good excuse to get back in front of the camera and do a new shoot! #youtube #video #mortgage

Rates drop for the first time since August 2016!

Now You Can Blog from Everywhere!